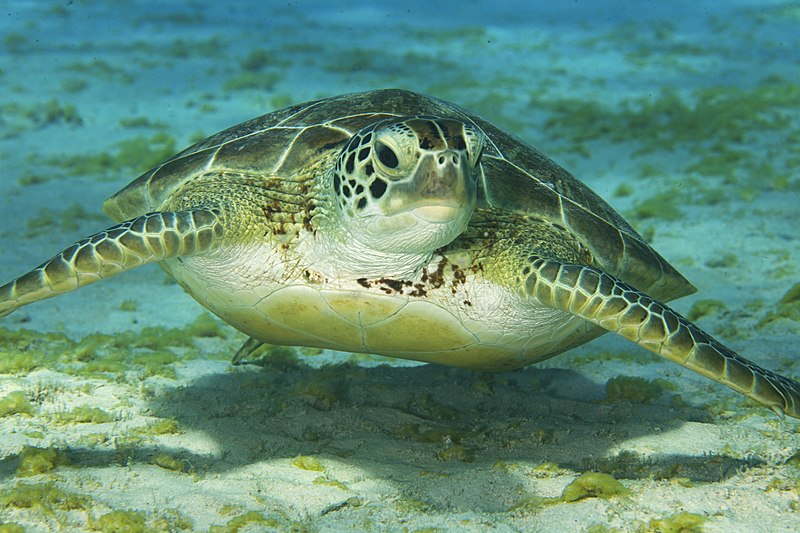 “Plugga” a rescued Australian green sea turtle, recently found a new home at the SEA LIFE Sydney Aquarium, a popular tourist attraction close to many hotels in Sydney. This site which is walking distance from properties like PARKROYAL Darling Harbour, Sydney, gives visitors a chance to view the 30-year-old female turtle at the zone called “Day and Night on the Reef”; there are other turtles here too namely Myrtle, another green sea turtle and Chong and Dave, two loggerhead turtles.

Weighing in at 120 kg and measuring 75 cm in length, Plugga was transported to the SEA LIFE Sydney Aquarium in July from Coffs Harbour on a monitored six-hour journey spanning 534 km. She was originally found in 1990 with a damaged right-rear flipper; she couldn’t be released back into the wild but was kept at the Dolphin Marine Conservation Park where she learned to swim. Today, she has a new home and marine friends to mingle with.